WARNING! THE WIKI CONTAINS SPOILERS! READ AT YOUR OWN RISK. 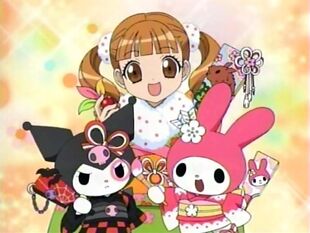 Welcome to the wiki 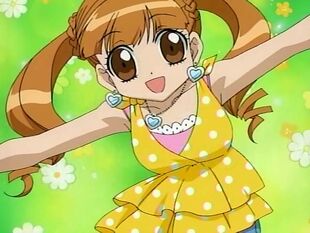 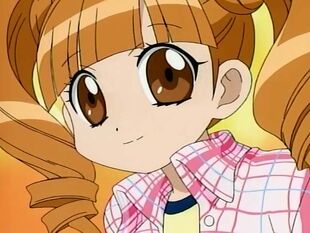 Add a photo to this gallery

Onegai My Melody (おねがいマイメロディ Onegai mai merodi, translated Please My Melody) is a Japanese anime series produced by Studio Comet, based on the Sanrio character My Melody. It ran on TV Osaka and TV Tokyo from April 3, 2005 to March 26, 2006, spanning up to 52 episodes.

OMM Made a 3rd instalment series called Onegai my melody Sukkiri♪ it also ran on TV OSAKA and TV TOKYO. from April 1 2007 to March 24, 2008. 52 Episodes. Sukkiri was the last Uta arc.

Studio COMET made another series called Onegai My Melody Kirara★ It ran on TV OSAKA and TV TOKYO from April 6 2008 to March 29 2009. 52 Episodes.

There is a light novel called Onegai my melody High school~ Published March 8 2013.

There is also a flim/movie called Onegai My Melody Yū & Ai (Japanese: おねがいマイメロディ友&愛), literally Onegai My Melody: Friend & Love is a special Onegai My Melody cartoon that appeared before the Jewelpet the Movie: Sweets Dance Princess film in Japanese cinemas and on DVD. Ruby from the Jewelpet franchise also appears in this animated short. The title appears to be a play on the phonetically similar words in 友, 愛 "you" and "I". It is summer and Kuromi and Baku are going to have a barbecue by a lake (possibly in Maryland), but My Melody wants to go too. Like episodes of the cartoon series, My Melody, Kuromi and Baku find themselves on the receiving end of many blunders and slapstick humour, such as ice cream melting on a barbecue and Baku stealing food. Despite the trouble My Melody, Baku, the residents of Maryland and (reluctantly) Kuromi get together and enjoy their barbecue.

Retrieved from "https://onegaimymelo.fandom.com/wiki/Onegai_My_Melody_Wiki?oldid=4978"
Community content is available under CC-BY-SA unless otherwise noted.